Madeira is known for its varietal wines, which over time have come to define the style of the wine, but upon its discovery, there were no native varietals on the island of Madeira. All grape varietals were brought from the mainland, and planted by the initial settlers who colonized the island shortly after its discovery.

The initial settlers planted grapes that were common in mainland Portugal, with the exception of Malvasia or Malmsey that originated from the Mediterranean (Crete), and that is why we can find wines produced in the mainland using the same varietals, although vinified differently, and showing the influence of the terroir where they are grown.

Today, Madeira Wine can be made from the following grape varieties: 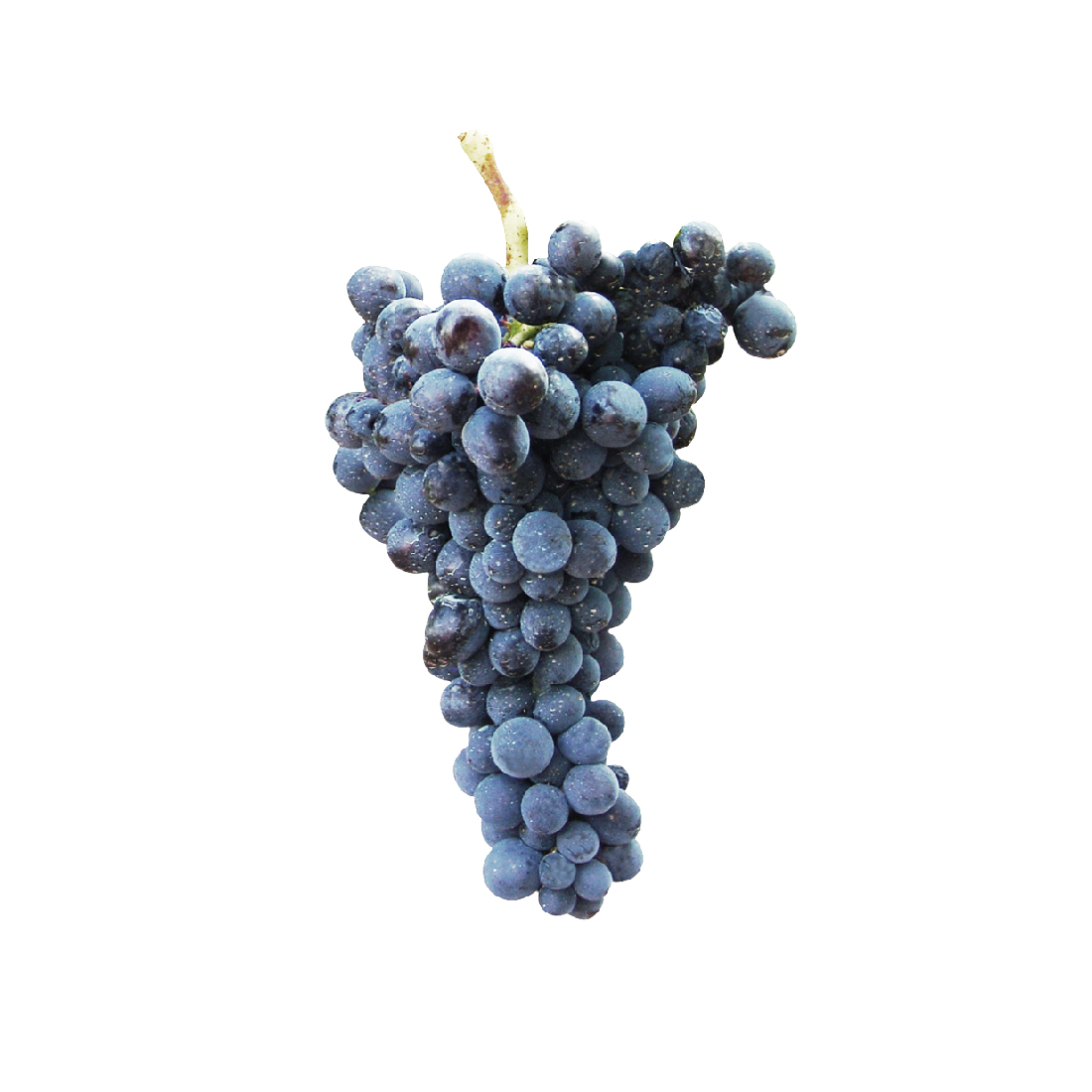 Madeira is known for its varietal wines, which over time have come to define the style of the wine, but upon its discovery, there were no native varietals on the island of Madeira. All grape varietals were brought from the mainland, and planted by the initial settlers who colonized the island shortly after its discovery.

The initial settlers planted grapes that were common in mainland Portugal, with the exception of Malvasia or Malmsey that originated from the Mediterranean (Crete), and that is why we can find wines produced in the mainland using the same varietals, although vinified differently, and showing the influence of the terroir where they are grown. 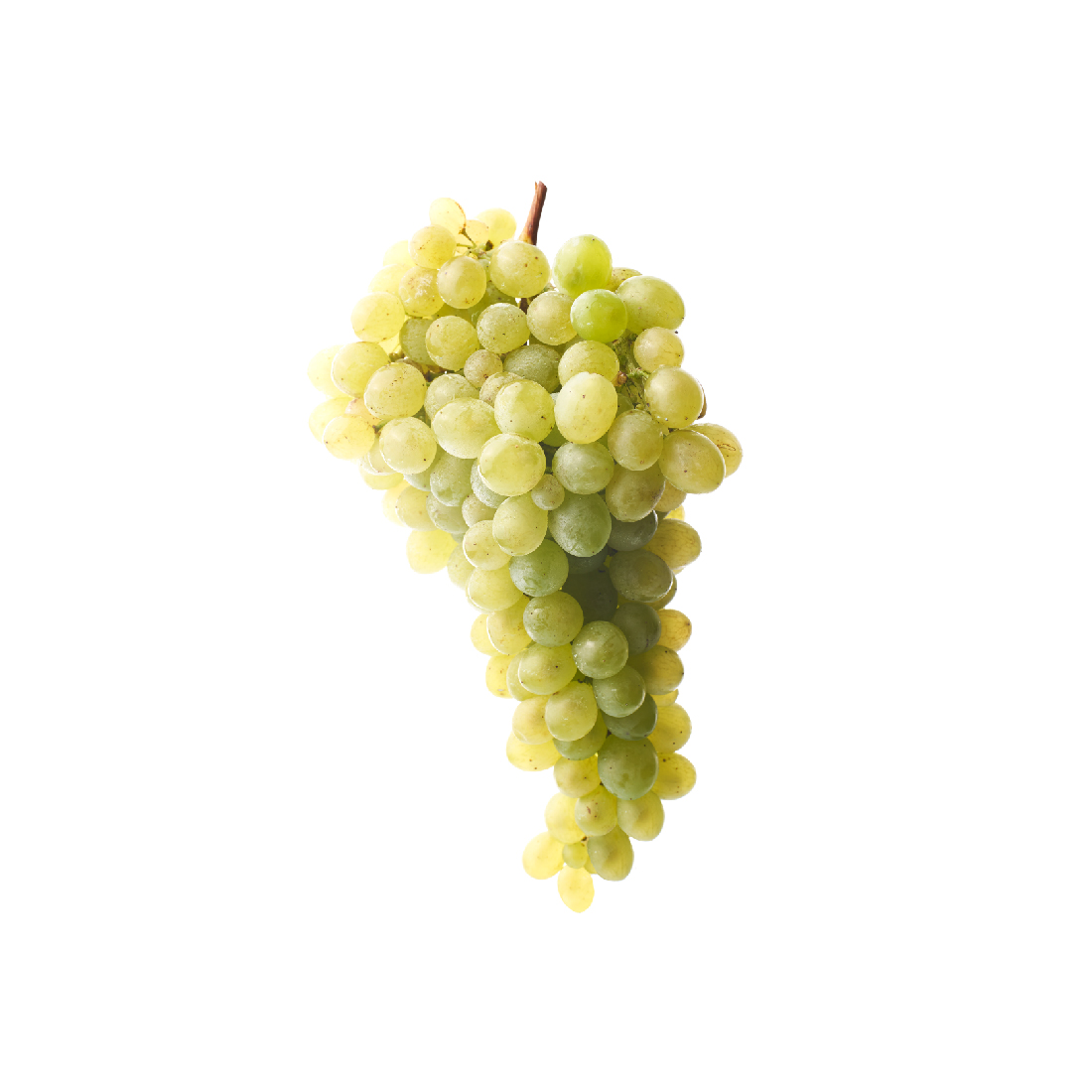 Verdelho can be found since the seventeenth century and was probably brought from northern continental Portugal during the early days of settlement on the island. Before the arrival of phylloxera Madeira in 1872 Verdelho represented approximately two thirds of the vineyards of Madeira.

Today is the white variety with the largest area (47 hectares) in Madeira, especially on the north coast, in vineyards located in Ponta Delgada, and São Vicente, planted at altitudes up to 100m high. On the south coast, this varietal is located at altitudes above 400 metres in Prazeres and Camara de Lobos.

This variety requires deep soils with some degree of moisture. It has low yields per ha and early ripening. Grapes are normally picked by the end of September, and produce gold coloured medium dry elegant wines which have a tropical and exotic character.

The varietal offers compact and small bunches with a few berries. The must has moderate sugar levels and a marked acidity. In Madeira Wine, Verdelho is always vinified to produce medium-dry fortified wines. 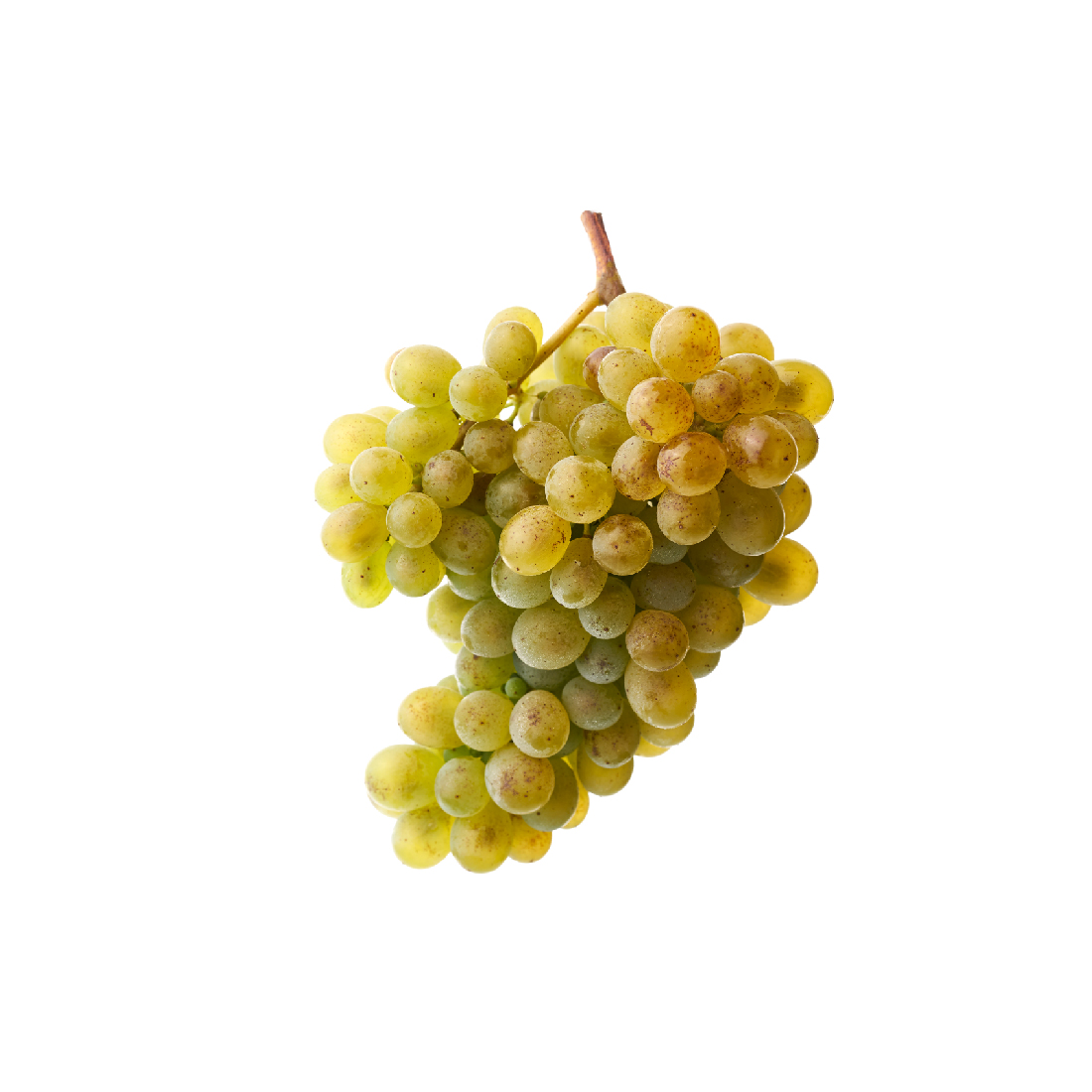 Bual, or Boal as it is also called in Madeira, is a white grape variety that originated on the Portuguese mainland (or continente as it is known in Madeira) having been planted in the Douro and Dão for centuries, where it goes by the name of Malvasia Fina. This varietal name covers not one but 16 grape varieties in Portugal, as Cincinnato da Costa writes in “O Portugal Viticola”. In Wine Grapes (Robinson et al.) viticulturalist Rolando Faustino suggests that it is probably from the Douro but due to its wide genetic diversity neither Dão nor the Lisbon region can be ruled out.

In Madeira, Bual, with a total registered vineyard area of no more than 20 hectares is grown mainly in the southern coast of the island, where it is sunnier and warmer, as it does not perform well on the cooler and damper north side.

The best wines come from small plots (poios) in Campanário, Calheta, Arco de Calheta and Ponta do Pargo, to the west of Funchal, located at altitudes ranging between 100m and 300m above sea-level.

This varietal is quite vigorous and relatively easy to grow, only moderately susceptible to powdery mildew (Oidium) and botrytis bunch rot, and has a late budding, allowing it not be so exposed to the risk of spring frosts. Its bunches are large, and ripen early.

In Madeira Wine, thanks to its good acidity that balances the sweetness, Bual produces medium bodied, light copper-coloured medium sweet wines that are intensively perfumed, rich in spice and dried fruit, and achieve admirable longevity. 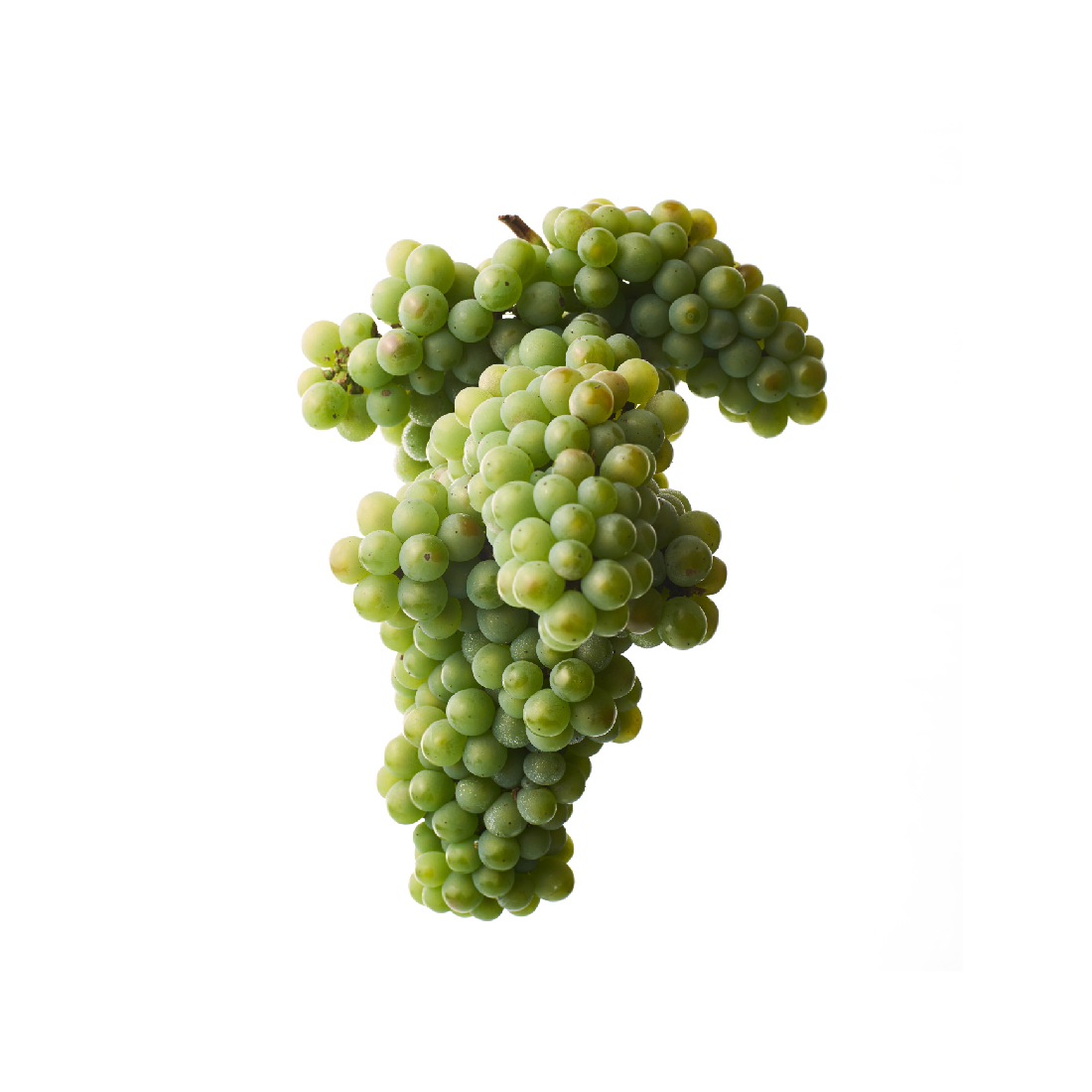 This is a white grape variety that probably originates from the region of Bucelas, near Lisboa, where it is traditionally grown under the name Esgana Cao (Dog Strangler), having been introduced in Madeira, where it was given the name Sercial.

The vineyards are located both on the north and south side of the island. At south, we find it at high elevations in Jardim da Serra, above Estreito de Câmara de Lobos, between 600m to 800m high, and at north, in the areas of Porto Moniz, São Vicente and Seixal, at lower altitudes, between 150 – 200m.

Sercial bunches are medium sized, thin skinned and the berries are prone to rot. It has a very late ripening and is resistant to oidium and mildium, being normally the last grape variety to be harvested. This slow maturation, the result of the terroir where it is grown, produces wines that rarely achieve more than 11% alcohol before fortification.

In Madeira Wine, due to its natural mouthwatering, tangy, crisp and racy acidity, balanced by its slight sweetness, Sercial is always used to produce dry wines, which are light bodied and exceptionally fresh, and present intense and vibrant aromas. Sercial begins its life pale in color, but over the course of time it deepens and darkens to amber.

It is not only an extraordinary aperitif or after-dinner wine (Colheita and Vintage) as it is the only Madeira Wine that can as well, if young, be enjoyed along a meal. 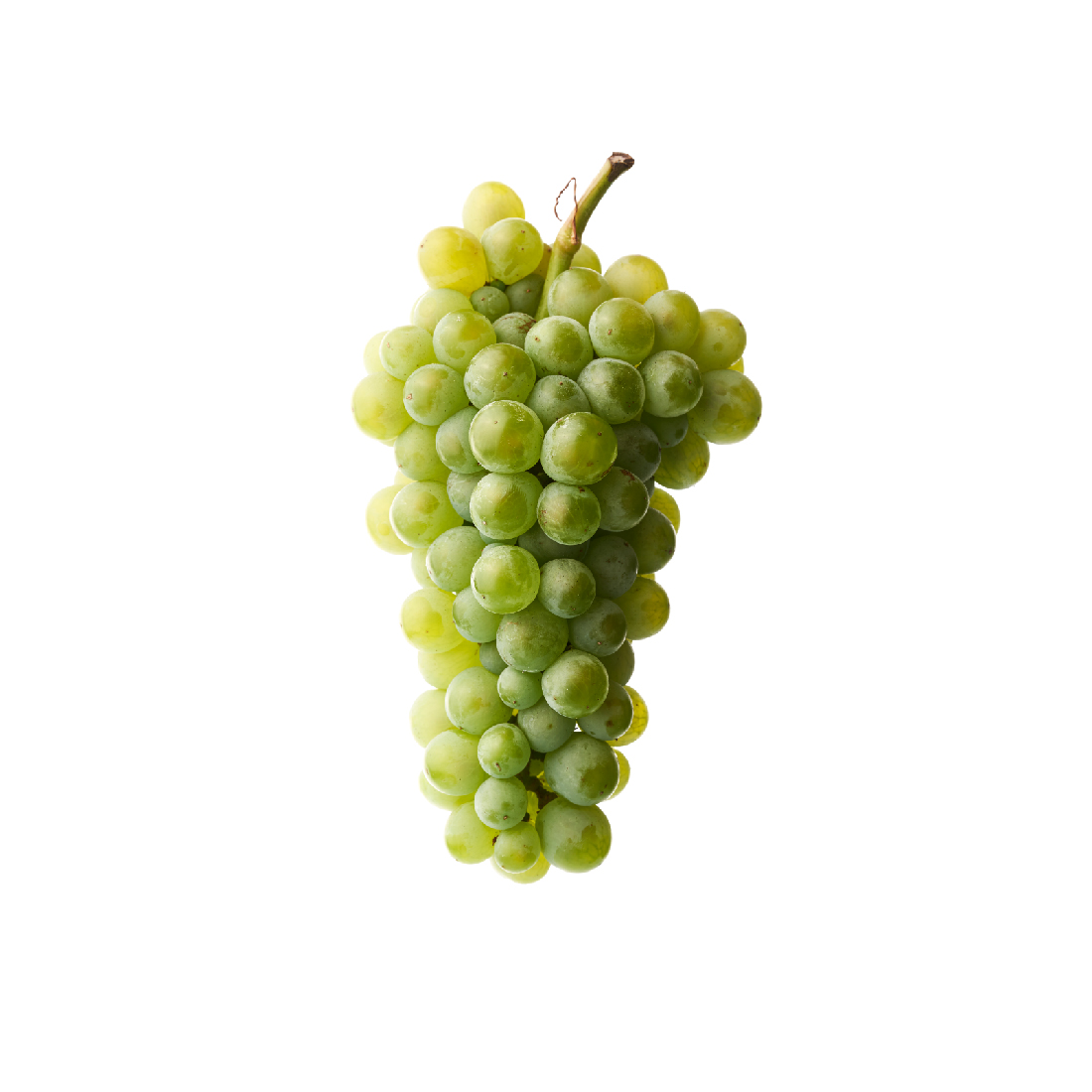 As most of the varietals on the island, Terrantez was brought from the north of mainland Portugal, where it goes by the name of Folgasão. For many centuries this varietal has always been used in the production of premium wines, achieving high prices in the market.

Rare, Terrantez grapes are white, thin-skinned and extremely fragile. The compact bunches and berries make it prone to botrytis and berry splitting. The yields are very low and ripening late.

Due to its fragile nature, it has been replaced by more prolific varieties, and was therefore almost brought to extinction. Lately, the family has persuaded growers to bring back production levels. Any Terrantez Madeira is rare enough to be worth trying. 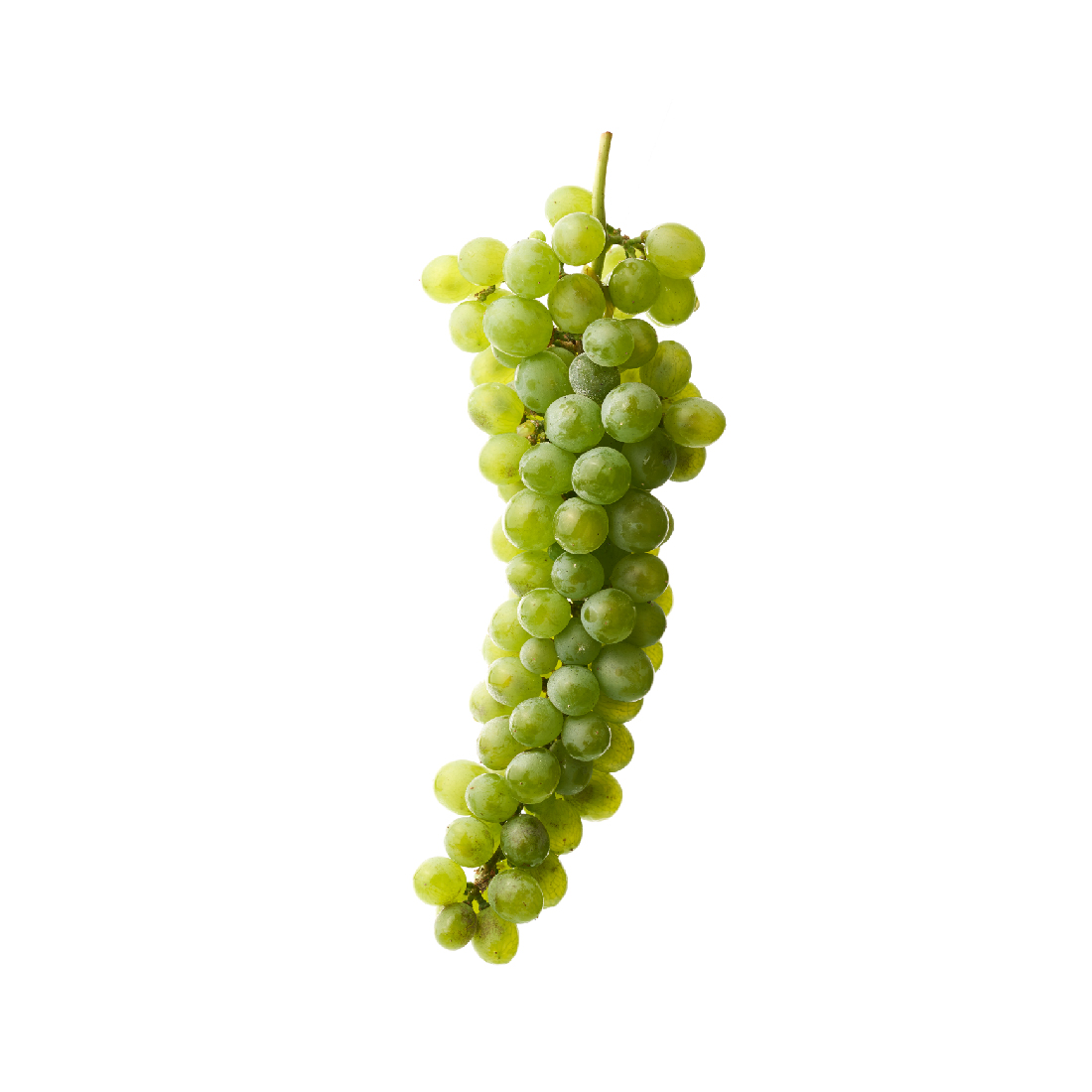 Malmsey should not be viewed as a single variety (there are so many different grapes named Malvasia) but as style of wine. In “Wine Grapes” (Robinson et al.) the authors make this point, stating that Malvasia is a generic name given to a wide range of distinct white-, pink-, grey-, or black-skinned varieties which share an ability to produce sweet wines high in alcohol. The planted area is now stable at around 39 ha (96 acres).

The majority of the Malvasia growing on Madeira is a grape known as Malvasia Branca de São Jorge, a white grape variety introduced as recently as the 1970s in the parish of Sao Jorge in the district of Santana, on the north side of the island at lower altitudes (150m – 200m). The bunches are large and conic, and usually show early budding and late ripening. It is the first to be harvested, having an early maturation. The grapes are sweet and produce rich full-bodied wines that are dark in colour. On the mouth, the bouquet reveals notes of spices and honey. It bears no relation to the prized Malvasia Candida, introduced to Madeira in the 15th century, of which there are now only 3 hectares growing on Madeira, exclusively on the south coast.